You are here: Home / Beginner Info / How To Find The Year, Model & Serial Number Of A Yamaha Golf Cart 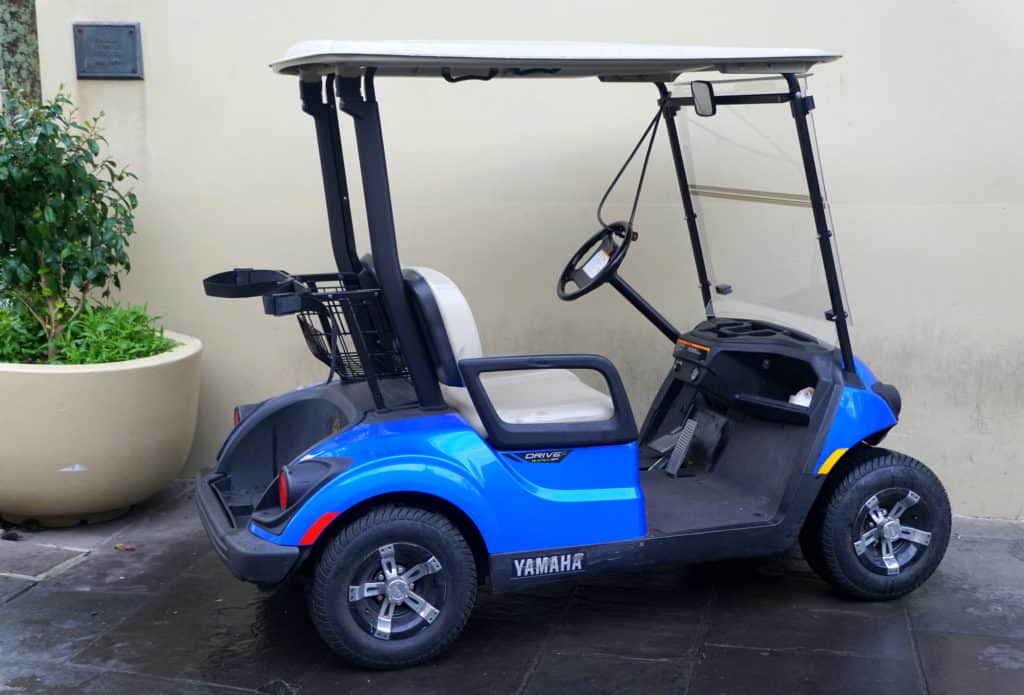 Yamaha golf carts are considered some of the finest and most beneficial slow-moving vehicles on the market.

And if you’re interested in buying or selling a new or used golf cart, you need to understand how to gauge the year and model of the cart based on the serial number.

Yamaha serial numbers can be fairly confusing and hard to track but do provide cart owners like you with the best chance to make great deals on your cart, whether you buy or sell.

How To Tell the Year, Model & Serial Number of a Yamaha Golf Cart

Reasons to Know This Information

Have you ever taken the time to look up the serial number on your cart?

Typically, this number consists of a combination of two letters and a number (such as JR8) followed by a dash and six numbers.

The first three numbers indicate the model of the cart, while the remaining six indicate more about the cart, such as its sequence in the manufacturing process.

Most of the time, this information is likely to seem confusing to the average cart owner or may seem like it provides little value to you.

That misconception is one that may end up costing you money if you aren’t too careful.

That’s because the serial number can be used to track the year and model of your cart to ensure that you know everything you need to know about its value.

You can then use this information to better understand whether or not you are getting a good deal, track the overall value of your cart, and to make sure that you produce a high level of trust between you and anybody with whom you are dealing. 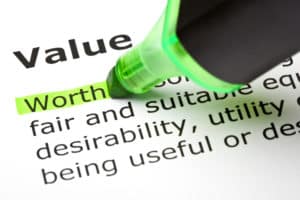 Every Yamaha cart on the market has a certain set value that helps to dictate how much it costs you to buy or sell.

However, these values can vary based on many different factors, such as the year it was manufactured and it’s model.

And without knowing these factors, it can be hard to know the value of all of your carts.

As a result, you may end up with a misunderstanding of the amount of money that you have spent on the cart and whether or not you have made a good investment on it.

Why does this matter?

First of all, it can help you decide what level of insurance you want on your cart.

For example, if you find that you have an older cart that isn’t worth as much money, you may want to purchase less comprehensive insurance options.

By contrast, if you find that your cart has a high value when you research the serial number, you may want to buy policy options that are more detailed and capable of fully protecting your investment in a way that makes sense for you.

Even better, you can use this information when trying to buy or sell your cart in any situation.

Typically, it shouldn’t be too much of a challenge for you to come up with a good price for your cart when you use the serial number to understand the cart model and year.

You can then haggle with anybody with whom you are making a deal to ensure that you get a price that works for you and that they understand why you are asking for that cost: this information may save you hundreds or even thousands of dollars when used properly. 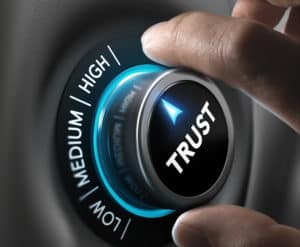 People who buy and sell golf carts typically have to fully understand everything about the models that they want to sell.

A full range of knowledge helps to ensure that you and those with whom you are working are on the same page.

Beyond that, it makes you look a lot more like a full authority on the subject, which helps to ensure that you are considered trustworthy and knowledgeable about your carts.

For example, if you are trying to sell a golf cart and you don’t know the year or model of the cart, buyers are likely to lose confidence in your knowledge.

And when you’re trying to buy a cart, knowing the year and the model will help to make it a lot easier for you to price out the cart and buy one that meets your needs without costing you too much money to purchase the model that you want.

So if you plan on buying or selling Yamaha golf carts and want to make sure you are a trusted authority, you need to read through all of this information to ensure that you get the best results.

Although the serial number may be tricky to find in some instances, most people should be able to find this number on their cart with a little bit of work and a careful examination of the interior or exterior of your cart. 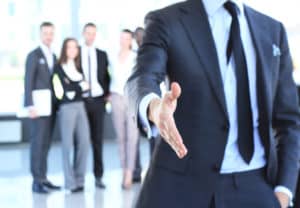 Checking your serial number on your Yamaha cart is critical if you want to make sure that you get the most money possible when you sell a cart.

That’s because cart values can vary heavily based on the type of model you buy and the year it was built.

For example, a G22 gas model is almost always going to be more expensive than a G2 gas model because the G22 is much newer than that model.

However, the price difference can also vary based on whether or not the model is gas or electric.

And other options may affect different price variations, depending on their benefits.

These factors include elements such as storage choices, radios, and much more.

And this benefit can also be a huge advantage for people who are trying to buy a cart.

For example, you can check various price sources and compare that to the serial number on your cart.

If you find that the cost is much too high, you can then use this information when haggling on prices.

So pay attention to this facet to ensure that you get the best price possible for your needs.

Most serial numbers are designed in a way that makes them fairly easy to read.

For example, Club Car serial numbers are very easy to read because they indicate the cart model, the year it was produced, the week it was produced, and even the number the cart came from off the production line.

This factor is one that makes it necessary for us to print the serial numbers from every production year for every golf cart model produced by Yamaha over the years.

The chart that we have produced here is indicative of the general style of a model’s serial number.

The digits on your cart’s serial number will, therefore, potentially be slightly different than what we have printed here.

However, you can still use the chart we printed here to age your cart and figure out its model more easily.

Before we get to the chart, though, we’re going to discuss how to find the serial number.

That’s because the many different Yamaha cart models have serial numbers located in a myriad of different locations on the cart’s interior or exterior.

The serial number on a Yamaha golf cart is typically located in many different places, based on the model.

If you check this site here, you can get a very detailed examination of where a serial number may be located on a golf cart.

For example, the G2A (J55) and the G9A (JG5) models typically have a serial number is often located near the gas pedal or under the dash.

And the G2E (J56) model often has a serial number located near the use box and other interior areas.

By contrast, the G11A (JJ3) model has a serial number located under the seat, which makes it fairly simple for most people to find without difficulty.

This wide variation in location can produce a challenge for many people, particularly those who are new to golf cart ownership.

And the many different Yamaha models produced over the years complicates this factor even further by making it more of a challenge for you or others to seek out the specific model of their choice.

However, most serial numbers are located under the rear bumper on the frame of the vehicle, underneath of the seat near the floorboard and the motor compartment, or under the driver side glove box.

Yamaha golf carts use what is known as the G series to indicate the different available models on the market.

For example, the G1 model was the first type manufactured and was available in both gas and electric models from 1979 to 1989.

The difficulty with Yamaha serial numbers is the fact that they don’t have a simple system that makes them easier to understand like Club Car serial numbers.

Doing so is the easiest way for you to track which golf cart you have based on the serial number printed somewhere on its body, including the following models:

Here is also a visual guide from Yamaha in regards to visual locations for serial numbers and various models.

Although this chart is very long and in-depth, it remains the easiest way to describe the different serial numbers available on Yamaha carts.

This number is very similar to that of 2001, with the variations lying only in the last six digits: 100101.

That small change lets you know that it is a different model year.

And for the next year, the number jumped up to 200101 with the same JR8 starting number.

However, the G22 model does not follow a similar pattern.

Simple enough but the second production year of 2004 had the serial number JUW-100101.

So while the pattern of increasing the first number to indicate near years holds, the variation in the first three digits make this a more complex system.

That doesn’t mean that you can’t use your serial number to get a quick idea of your golf cart model.

Generally speaking, most of the numbers will be fairly the same and follow a pretty specific pattern.

However, the changes between some of these digits can also be somewhat unpredictable.

So make sure to read through all of the list above to ensure that you get the best results when seeking out your serial numbers.

Doing so will help to give you the best chances of enjoying your golf carts with your friends and family members.

The complexity of Yamaha serial numbers is something that can be very frustrating for many cart owners to understand.

But why are these numbers so confusing sometimes?

Mostly because Yamaha produced so many different carts over the years that the numbers have changed heavily.

Often, the change in the first three digits reflected slight changes in the cart design that necessitated a change.

For example, changes in windshield shape and depth may require a slightly different set of serial numbers that reflect this difference.

Or the engine may increase in power, which changes the model serial number a little.

As a result, it is important to pay attention to these different factors to ensure that you fully understand the differences that may occur between different models of a Yamaha golf cart.

Just as importantly, you can use the serial number variations in Yamaha carts to track the value of the different models that you may own.

For example, using the serial number to search for a similar cart model on various online retail shops can help you better understand the potential cost and to price your cart competitively and reasonably based on these expectations from past sales on similar golf cart models. 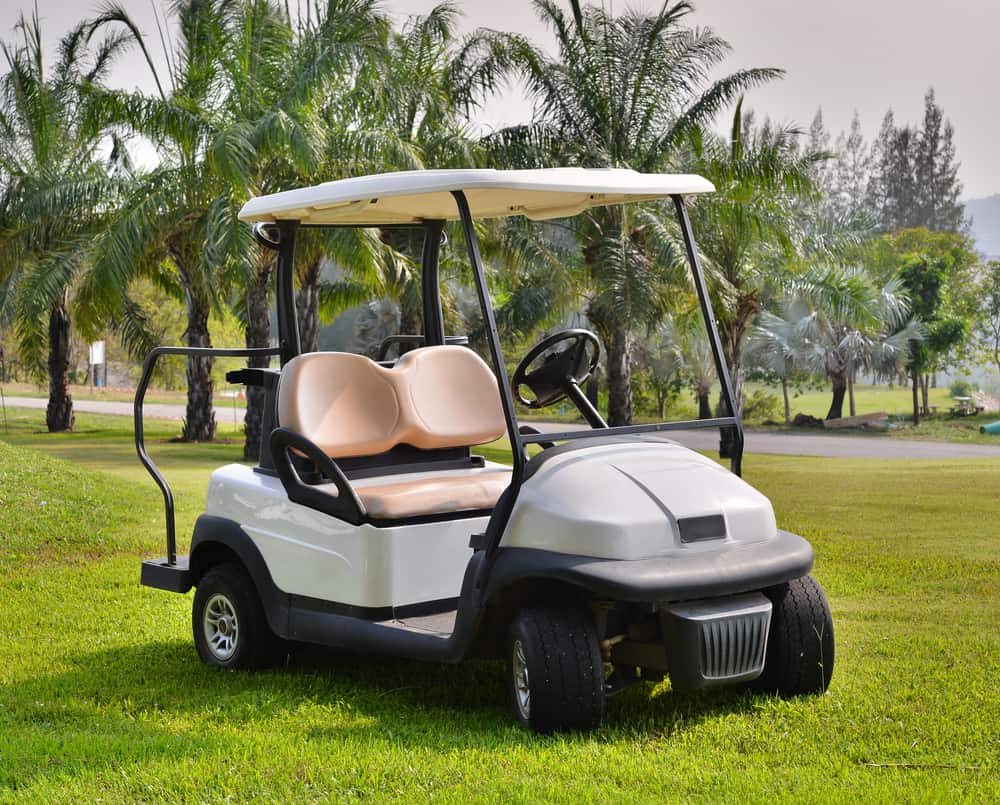 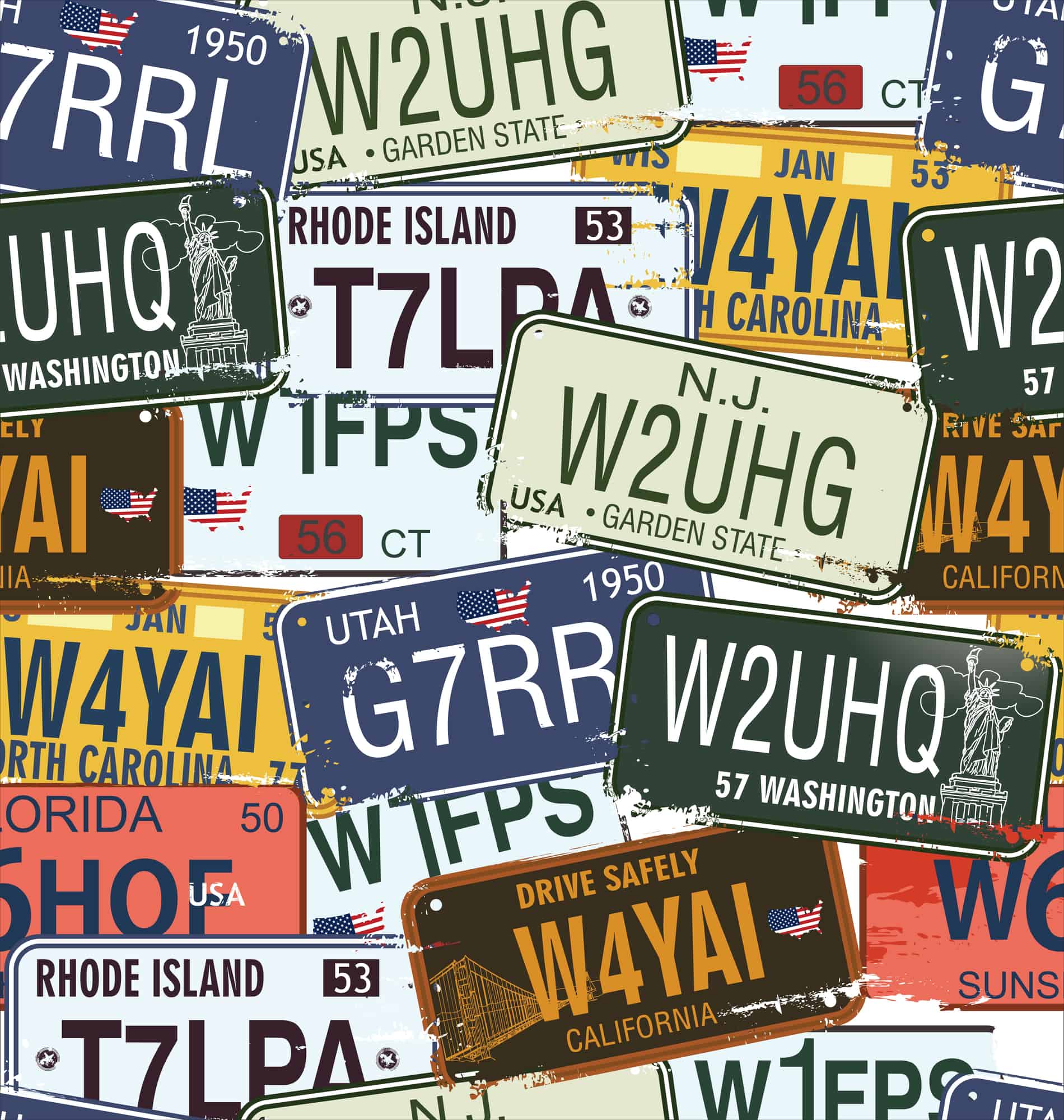 Do I Need A License Plate For A Golf Cart? (What To Know) 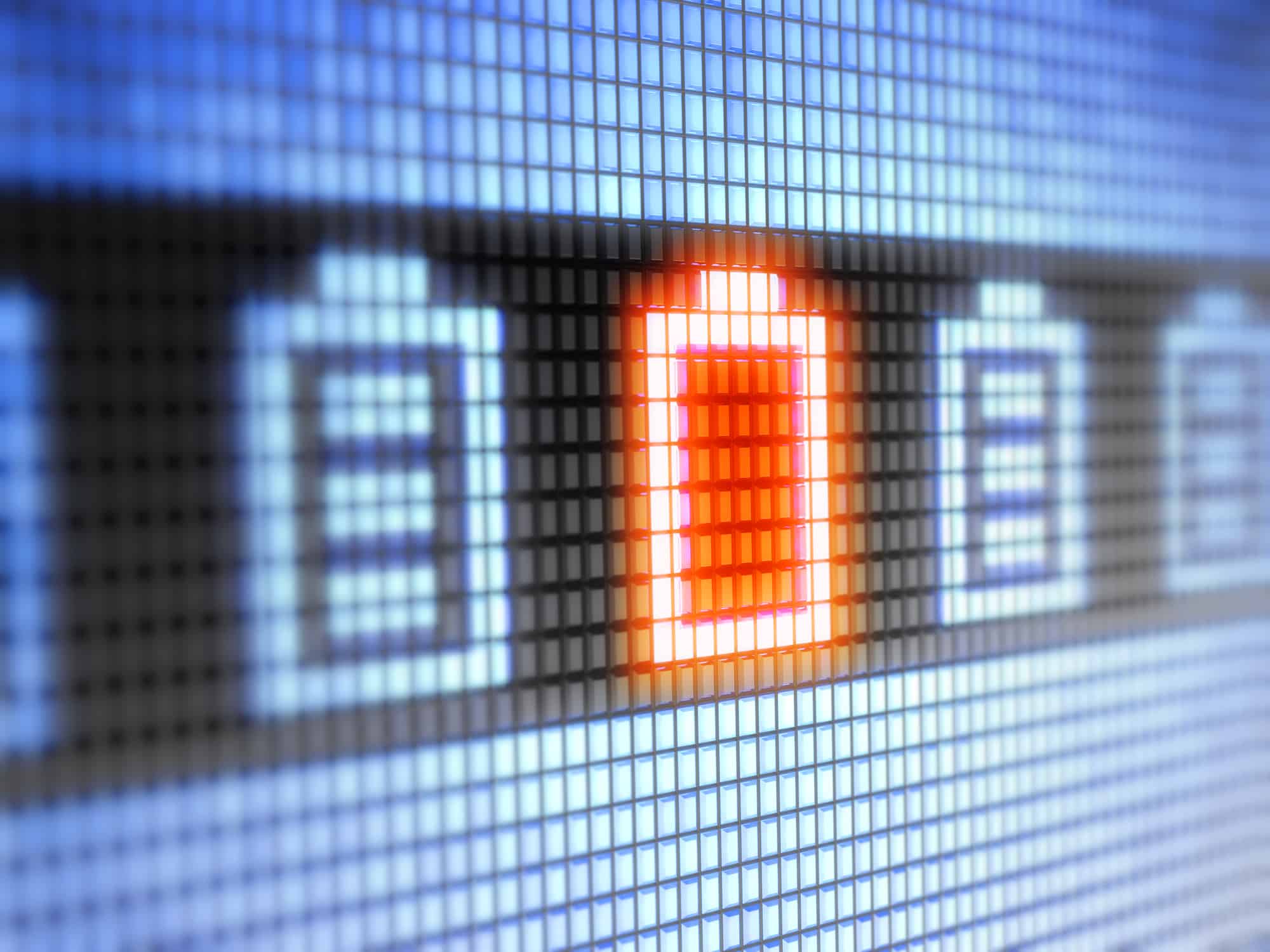 Golf Cart Batteries Not Charging? 5 Reasons Why With Fixes
Previous Post: « Average Golf Score – How Does Your Score Compare? (For Your Age)
Next Post: How to Find Year, Model, & Serial Number On EZGO Golf Cart »