You are here: Home / Blog / How Long It Takes To Charge a Golf Cart | Complete Guide 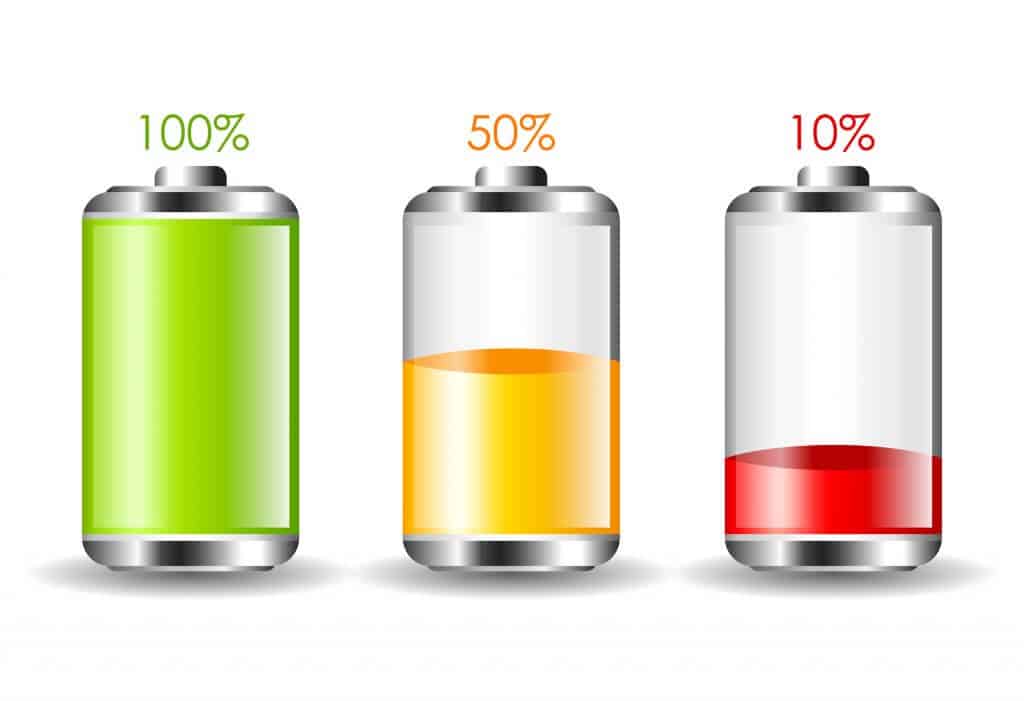 How Long Does It Take to Charge a Golf Cart?

One of the most frustrating things a golf cart owner can experience is running out of battery charge and being forced to charge their battery.

Thankfully, a good charger should be able to get a cart up and running only a few hours after charging begins.

However, some vehicles may take much longer to charge than others.

The elements behind charging times vary depending on the type of cart purchased, the battery owned, the age of the cell, and how the battery was treated.

Fully understanding all of these factors can help a golf cart owner get the most of their cell without experiencing any problematic issues, such as premature battery death. 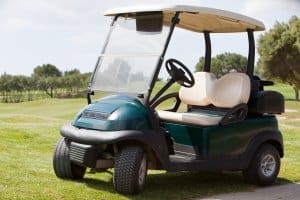 Experts on cart batteries state that three factors influence how quickly one charges.

The first is the quality of the battery, including how well it is designed and its current build state.

The second factor is the discharge level of the battery, i.e., how much power it has lost. The third element of charging time is the quality of the charger that you use to power your battery after its juice has run too low.

The first factor is the easiest to understand. A relatively-new battery – say 1-3 years old – will typically charge quicker than an older battery.

For comparison, a five-year-old battery that is almost fully discharged may take 10 hours or more to charge while a newer battery with the same discharge level may only take 1-3 hours to reach full power capacity.

By contrast to the above factors, the quality of the charger is often harder to gauge.

For example, the age of a charger affects its ability. Many older units don’t have an automatic feature, which is often necessary for preventing battery damage. Other units just don’t have a high power output, which increases charging time. Try to find a charger that has at least 2.5-3.5 volts of charge power to avoid slower charging times.

Charging After Every Use

After extensive use of a golf cart, a charge may be a good idea. Regular charging helps to keep the battery active and prevents excessive power loss over an extended period.

That said, drivers don’t need to charge the battery if it is at 85 percent. Doing so may be a bad decision because it could cause overcharging issues that will be discussed in more depth later.

For example, driving a golf cart to the back of a 10-acre piece of property and bringing it back home shouldn’t discharge an excessive amount of a cart’s battery.

Charging at this point would typically be excessive and could damage the battery. It also increases the risk of overcharging, which puts undue strain on the cart’s battery that could severely damage it and decrease its lifespan over a lengthy period.

However, undercharging a battery is also an issue for many cart owners.

Undercharging a cell is an issue because it doesn’t maximize the power of your battery and may cause it to discharge at a higher rate.

Therefore, every time that you charge your battery, you should power it to full capacity to ensure that it runs smoothly. In this situation, automatic chargers are your best bet.

Automatic Chargers are Worth the Investment

The issues caused by overcharging and undercharging a cart battery can be easily avoided by using an automatic charger.

These chargers will gauge how much power is available in a battery while it is plugged into a charging unit. The moment that the battery is fully charged, the unit will shut off to protect the cell from absorbing too much electricity in one sitting. Some might offer a very light charge to keep the battery loaded if it sits too long and loses some battery power.

In this way, golf cart owners can keep their battery fully charged without having to watch them excessively during the charging process.

However, not all battery charges have this option. While a vast majority of current chargers have an automatic capability, older models usually do not. Make sure to check the age of your charger to ensure that it provides this protection. The exact time when this option became standard isn’t known, so just try to find a charger that is as new as possible for your budgetary needs.

Just as importantly, automatic chargers can help protect a battery from serious damage due to cold weather.

When the weather drops below 32 degrees Fahrenheit, a golf cart battery can lose one-third of its overall charge. This reaction occurs because the fluid in the battery starts to solidify and decrease the reaction rate inside the battery. Cart owners need to take steps to address this issue properly.

For example, cart batteries should be removed during the winter and stored in a room-temperature area.

The battery should then be kept warm until it is placed in the golf cart for winter use. Try to minimize cold-weather use of a golf cart to prevent problems with the battery charge. Regular maintenance can also help with this process by keeping the battery fully charged during cold weather situations.

However, scorching weather can also damage cart batteries by causing the fluid inside to become too hot.

In extreme heat, the liquid may even boil and cause real complications with the battery’s lifespan.

Thankfully, most cart batteries are insulated to avoid this problem, but owners should try to keep their cart out of direct sunlight during hot days and to keep the vehicle stored in a cool area when temperatures top 100 degrees Fahrenheit. 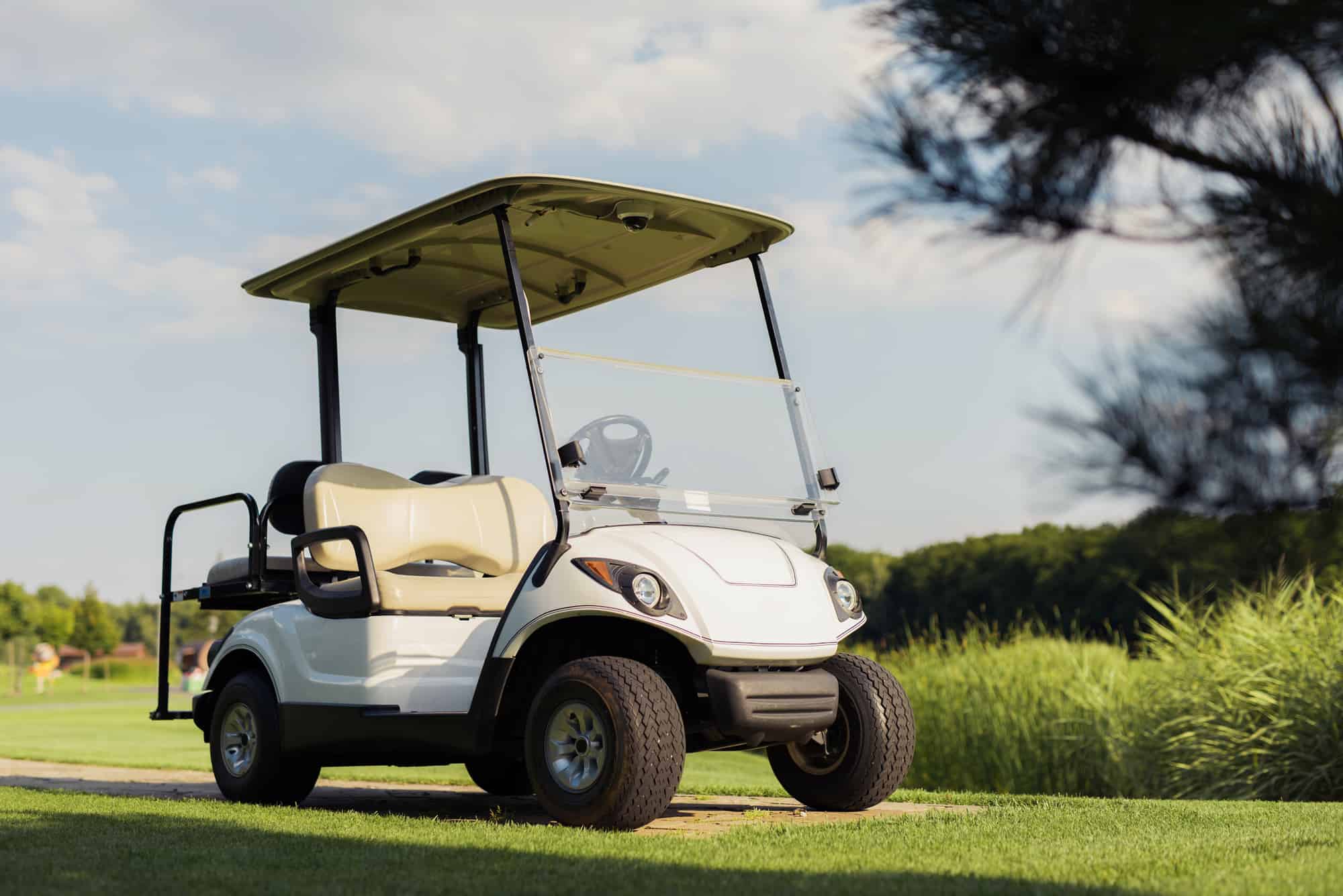 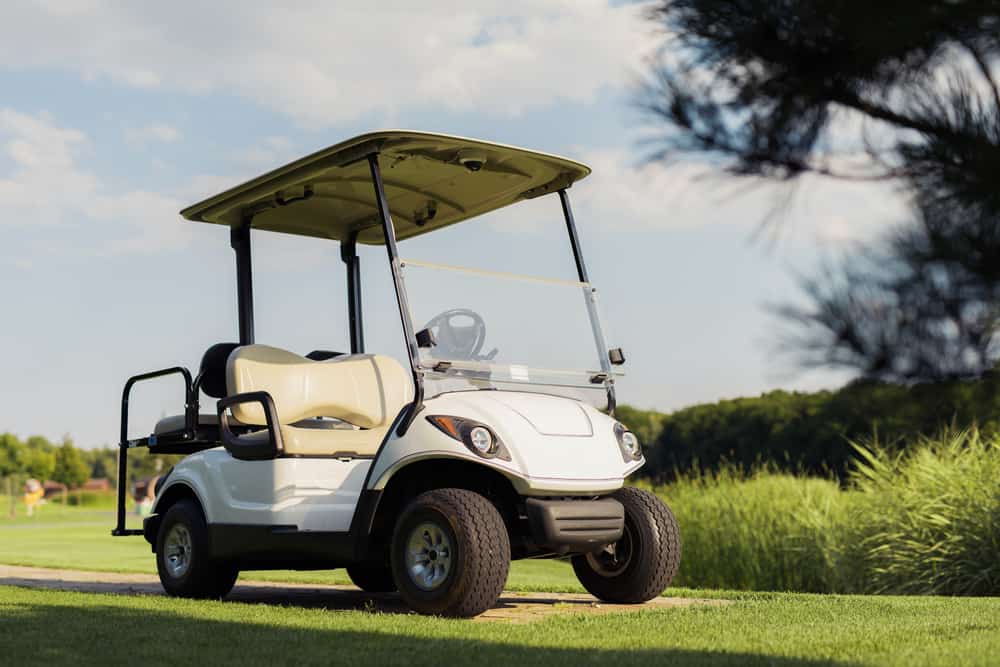 Crown Batteries Vs Trojan (Which Is Best For Golf Cart?) 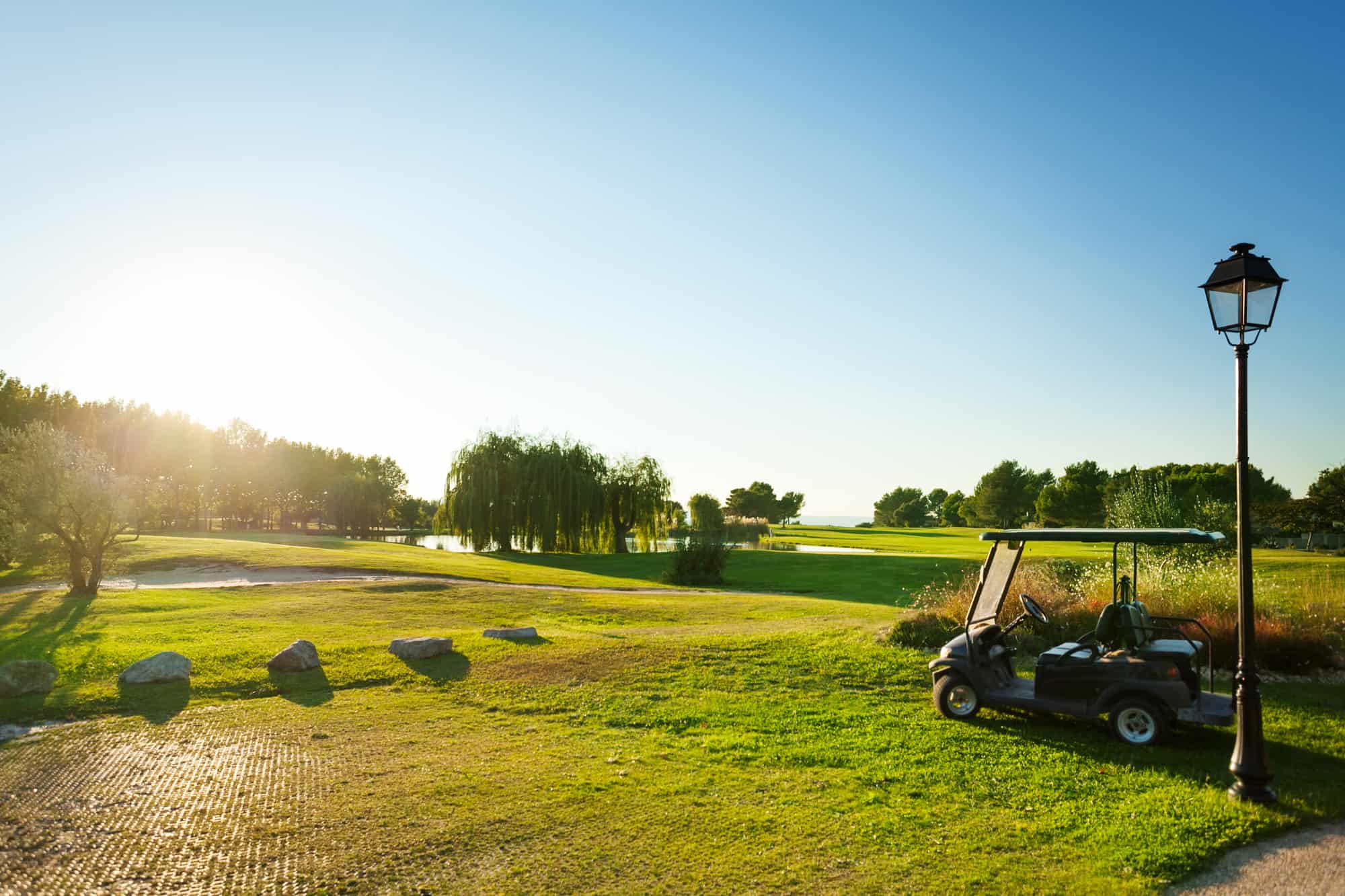 Can Golf Carts Get Rained On? (Everything To Know)