You are here: Home / Golf Tips / Who Makes Golden Bear Golf Clubs? (Everything To Know) 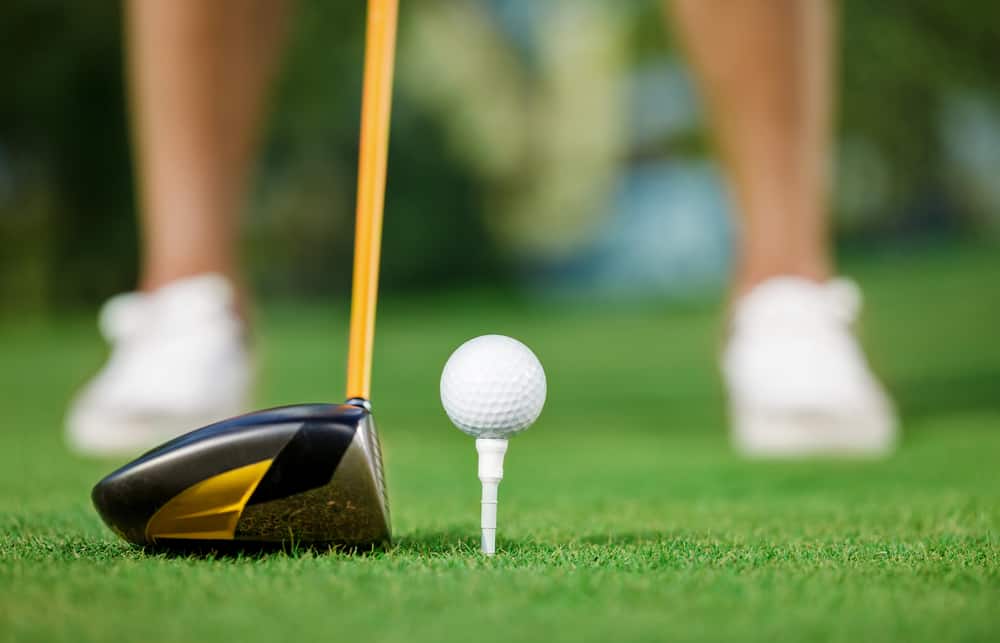 For many years, the Golden Bear golf clubs were one of the most recognized brands for both average golfers and beginners.

The Golden Bear golf clubs were well-loved, and there are still some used options around today.

The best thing about Golden Bear golf clubs could be the company that stands behind them.

If you are unfamiliar with the history of the Golden Bear clubs and the companies that have grown them through the years, we are here with the inside scoop.

We will give you all the information you need about Golden Bear golf clubs and the history behind what the Golden Bear is. 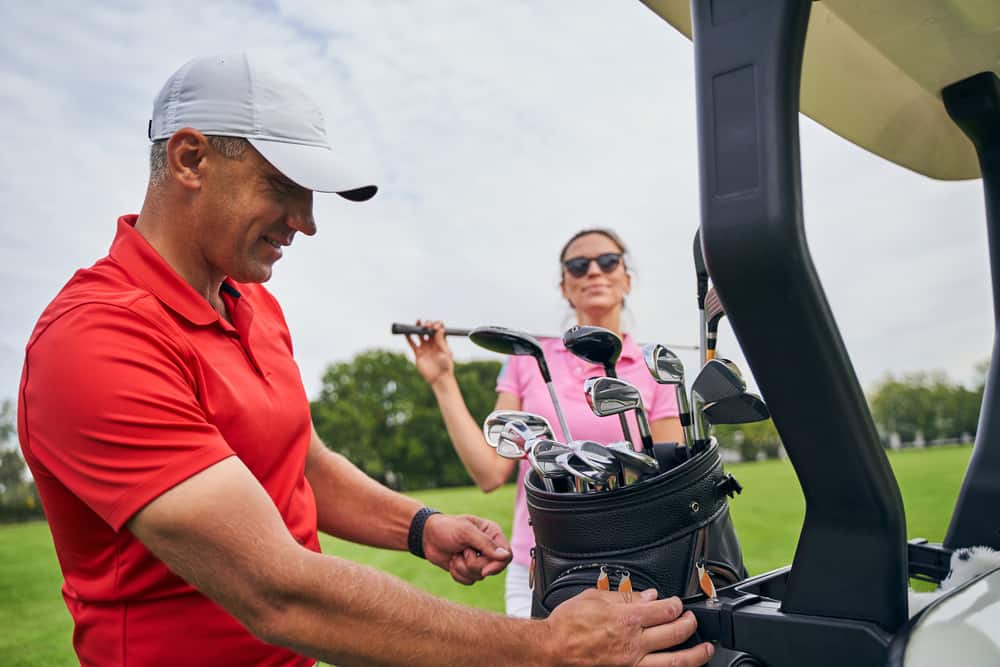 Golden Bear golf clubs are made by Nicklaus Golf.

The Nicklaus brand has been around since 1970.

At this time, Jack Nicklaus was at the height of his game, and it made the most sense to start investing in his future in the golf industry.

Certainly, we have learned a lot through the years about Nicklaus and the type of player that he is.

He has built up the game of golf in a way that no other player really had the capability to do.

When it first came out, his equipment was designed for the mid to high handicap player.

Nicklaus made the Golden Bear clubs very easy to access and many were sold as sets.

The sets were a great solution for golfers who were new to the game or wanted to try and save a bit of money on the clubs that they were getting.

Overall, the Golden Bear golf clubs were a front runner in the value category for many years.

Today, the Golden Bear golf clubs are no longer being made.

The Nicklaus company has been acquired by Golf, and if you look to shop on their website, the selection is rather limited.

You can purchase some hats and shirts that represent the Golden Bear, but that is pretty much the limit of their product offerings.

What Nicklaus golf is more known for at this point is their golf course design.

This is a company that works on new design as well as renovations and improvements of existing golf courses.

Some of the best golf courses in the country have been developed and designed by the Jack Nicklaus brand and team.

If you loved the Golden Bear golf clubs but can no longer find access to the brand, there are very often some options on eBay.

When you look on eBay, you will see that the clubs are used, but many tend to be in good condition.

Some golfers care so much about Nicklaus and golf history that they are interested in purchasing Golden Bear clubs simply because of the name.

Although the Golden Bear golf clubs are going to be difficult to find, you will likely be glad if you can come across a set. 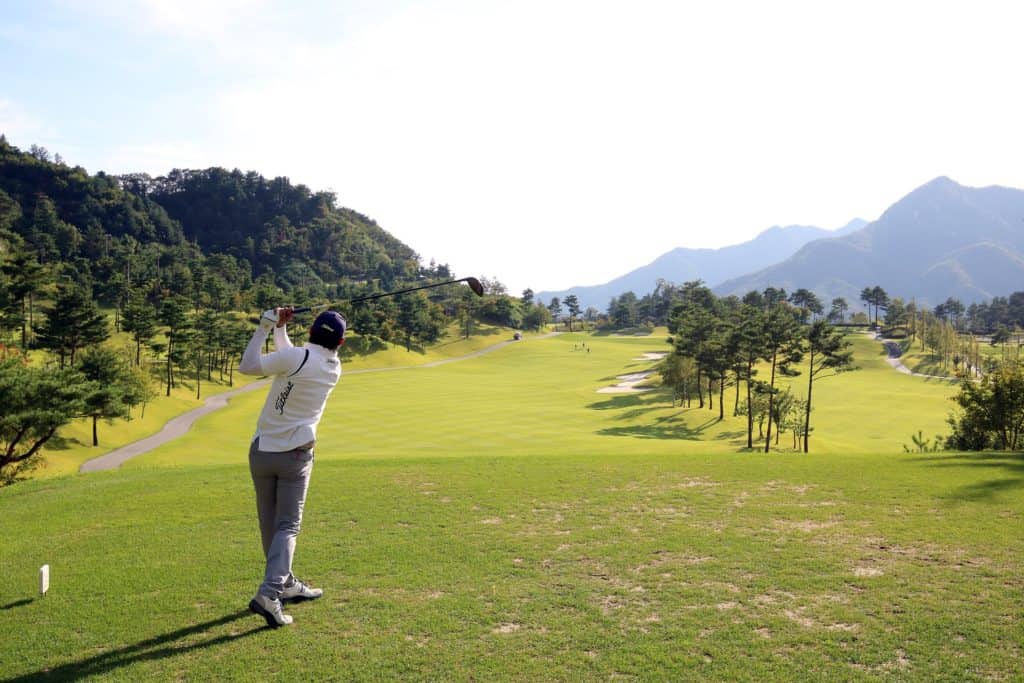 Golden Bear golf clubs are a good choice for those who are new to the game or are looking for something forgiving and easy to use.

There are several models of Golden Bear golf clubs, and as with any club, it is essential that you pick the one that is right for your game.

Try to think about the fact that the Golden Bear golf clubs are not new, so you will likely be leaving a bit of distance and forgiveness on the table.

Golf technology changes quickly, and a company that is no longer producing clubs is likely very far behind the times.

During the years that Nicklaus was making the Golden Bear golf clubs, they were known for being of good quality.

However, today, there are probably other golf set options for the mid to high handicappers that could be a better choice.

You will have to try out a few different types of clubs to find something that is the right match for your golf game.

Why Is Jack Nicklaus Called “The Golden Bear”? 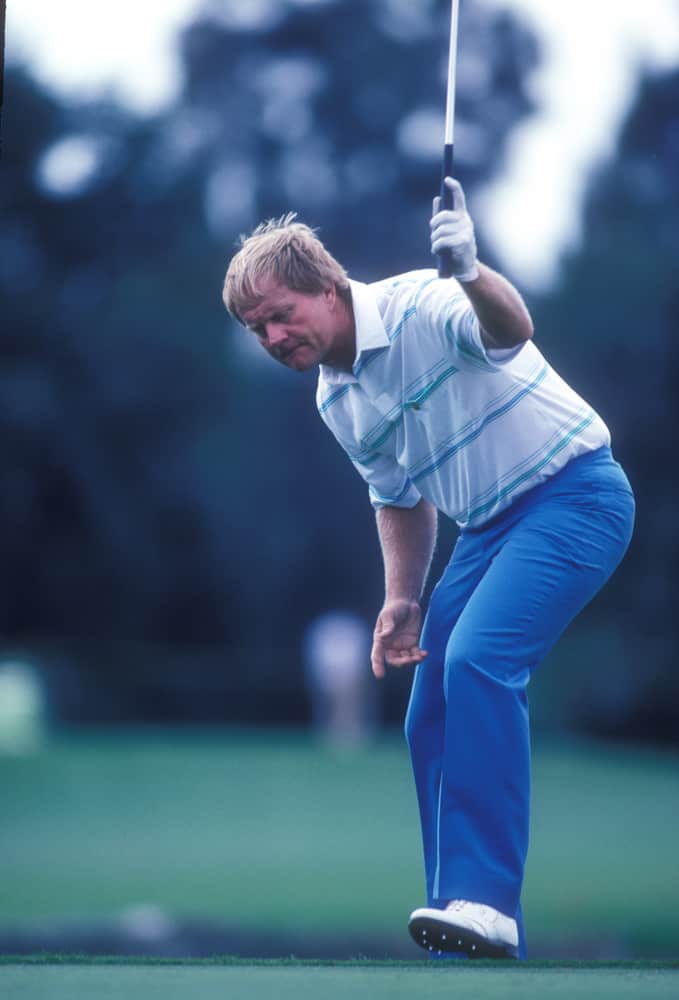 The name is something he picked up in the year 1967.

At this point, Nicklaus was playing quite well, and he was really starting to get the attention of the fans and other golfers.

Nicklaus was getting the attention of reporters and writers as well.

They were able to tell that he was going to be something special that golf had not seen before.

With Nicklaus’s blond hair and his physique, he was thought to look like a bear with lighter coloring.

Through the years, Nicklaus was called the Golden Bear perhaps more often than he was called by his real name.

The Golden Bear logo became representative of all that Jack Nicklaus has done for the game. 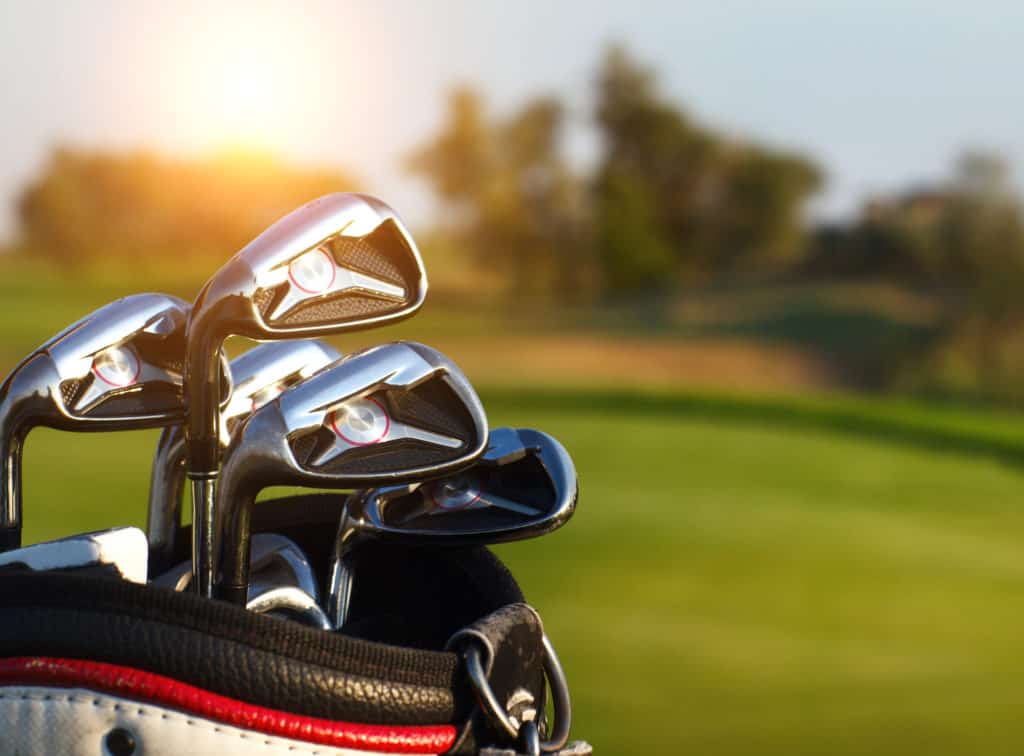 Now that you have a better idea of what Jack Nicklaus did from a business perspective, many people wonder if he played with the Nicklaus golf clubs.

For many of his golf majors, Jack Nicklaus played with MacGregor golf clubs.

He did not use the Golden Bear golf clubs, as they were really not the right fit for a better player such as himself.

Many golfers have started businesses with their fame and attention that they get on the golf course.

Since they are already capturing the eye of so many people, sometimes all they have to do is put a product on the market.

What Brands Are Similar To Golden Bear Clubs? 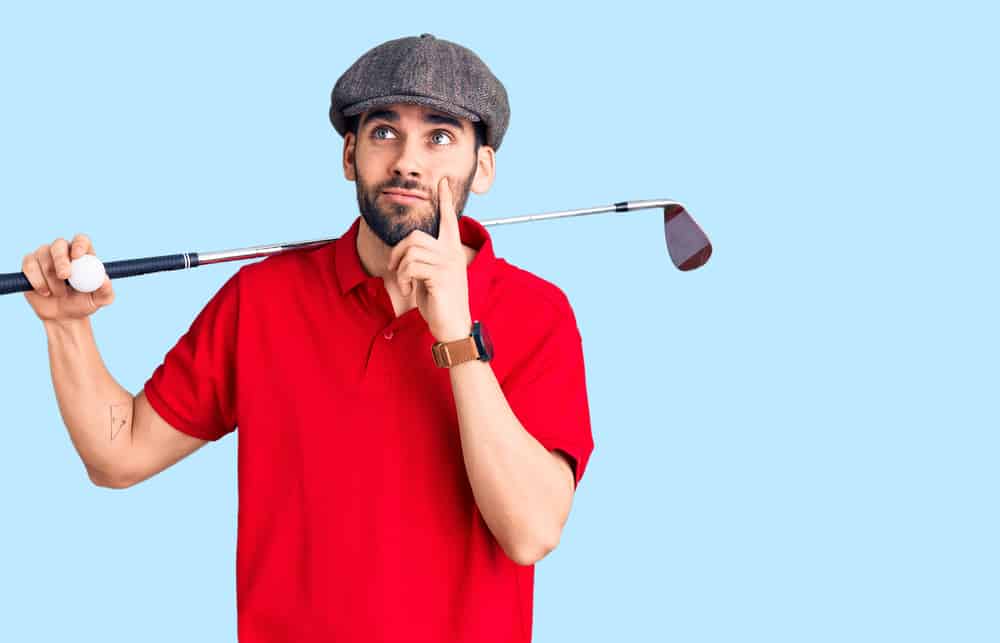 Now that you are familiar with the Golden Bear products, you may want to get your hands on some.

As we mentioned, the only Golden Bear equipment left to purchase is the used gear.

There are websites like eBay and 2ndSwing that offer the equipment used at fair pricing.

However, many golfers are still reluctant to put something used in their golf bags.

This is certainly understandable considering you are not sure how that equipment was previously taken care of.

Therefore, it may make sense to look into an alternative.

What other companies are similar to the Golden Bear in the product offerings and the quality of the golf clubs that they produce?

If it’s time for you to upgrade your Golden Bear golf clubs, here are a few of the options that we would consider. 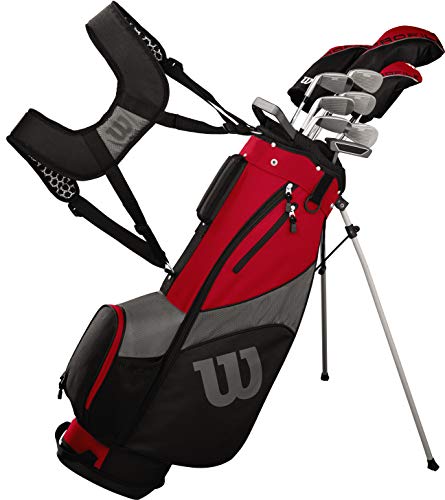 Wilson golf is considered to be more of a value-type golf brand, yet it brings some impressive technology to the market.

Each year, the Wilson clubs seem to go a bit further and feel a little better without a change in the overall pricing of the clubs.

The most recent iron release from Wilson is the D9, and it has players realizing that there is affordable golf technology on the market.

Wilson has golf shaft and clubhead options that will appeal to both mid and high handicap players.

The Wilson Staff blades are also known as being great feeling and moderately priced for a golf blade.

Overall, Wilson is a smart company to invest in, and you will see that the products hold up for quite some time.

The pricing is going to be relatively similar to what you saw when the Golden Bear products were in their prime. 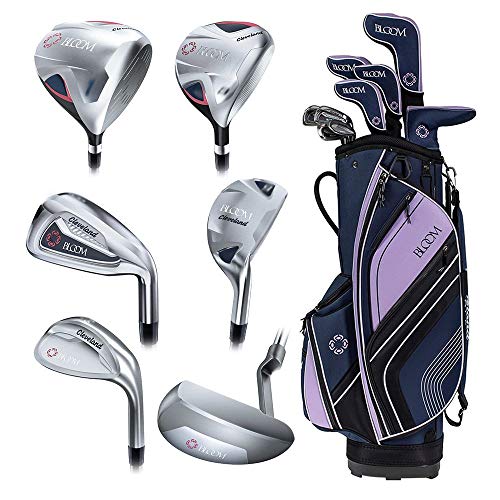 Cleveland is a bit less of a value manufacturer and more like a company that bridges the gap between the value brand and the high-end brand.

You will know that you can always find a great deal on Cleveland clubs, but this is not because they sacrifice quality.

Cleveland has a more limited selection of golf club options, and this could partially be what keeps the pricing down.

Players will only have the choice between two different iron sets when shopping with Cleveland.

However, if you find that either of these sets could work for your game, they will be a valuable and high-performing choice.

The Cleveland short game products are really what helps the brand to stand out.

If you can learn to work your wedges well and you want more consistent performance around the greens, Cleveland is going to help.

In addition, Cleveland makes some great putters that can help a variety of different putting strokes.

The Cleveland brand used to have a bit more of a presence on the PGA Tour, but they stopped making many of their irons designed more for the lower handicap player.

In the end, this is a brand to consider because, if you are upgrading your Golden Bear products, you will see a lot of similarities in distance and forgiveness technology. 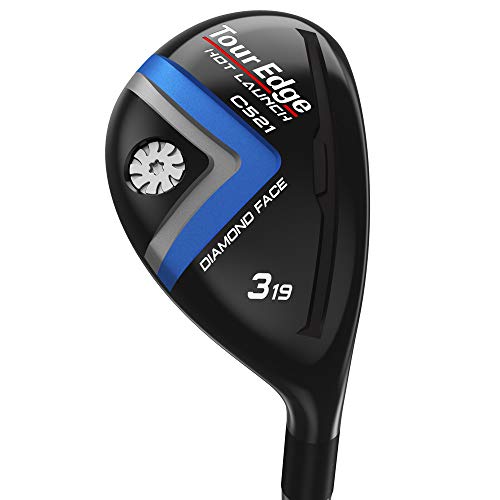 Tour Edge is a company that you probably don’t hear all that much about.

This is partly because Tour Edge chooses to spend their money on the clubs and the technology as opposed to the advertising.

Although you may not see the Tour Edge products advertised on a Sunday afternoon while watching golf, they are very well known in the golf industry.

Many say that the Tour Edge products look quite a bit like TaylorMade product offerings.

The Tour Edge brand is split into a few different categories to take care of the low, mid, and high handicap players.

With each new release of the Tour Edge, you will find even more high-performing cavity-back irons that are designed to get players more launch and greater distance.

Overall, we are impressed with the performance benefits of a Tour Edge club considering the pricing.

One thing that makes Tour Edge stand out is their iron-wood club.

Many companies have hybrid choices, but the iron-wood is a bit unique, and Tour Edge offers some complete set options of clubs like this.

Lastly, Tour Edge offers some of the easiest and least expensive custom golf clubs on the market.

If you fall outside of the range of what is considered a standard height golfer and you need something custom in your irons, this is going to be one of your best choices.

As you may know, custom golf clubs can get a bit expensive, and it pays to choose something that will fit your budget but give you the exact specifications that you need.

Hopefully, you feel a bit more informed when it comes to the Golden Bear technology and all that it has to offer.

Golden Bear products were high in quality, and they appealed to Jack Nicklaus fans and those who simply recognized that the equipment was good.

Although the clubs are not being sold anymore, you can still find them on used golf equipment websites, and locally, in used golf stores.

The Golden Bear clubs are owned by Nicklaus Golf, and there is much more that we will see from Nicklaus in years to come, but whether or not that will include the introduction of more golf equipment remains to be seen. 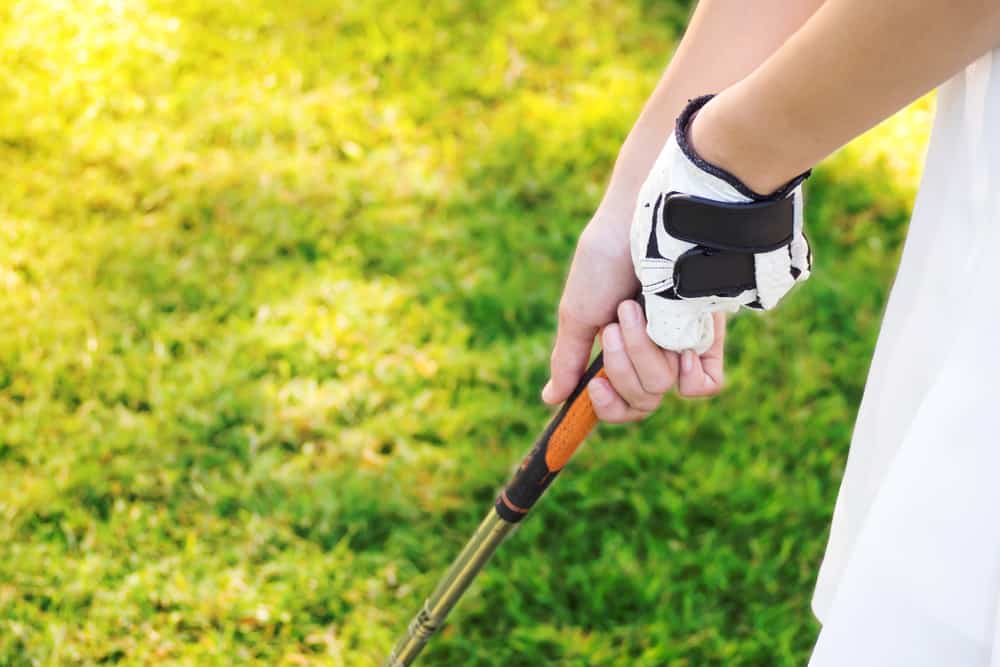 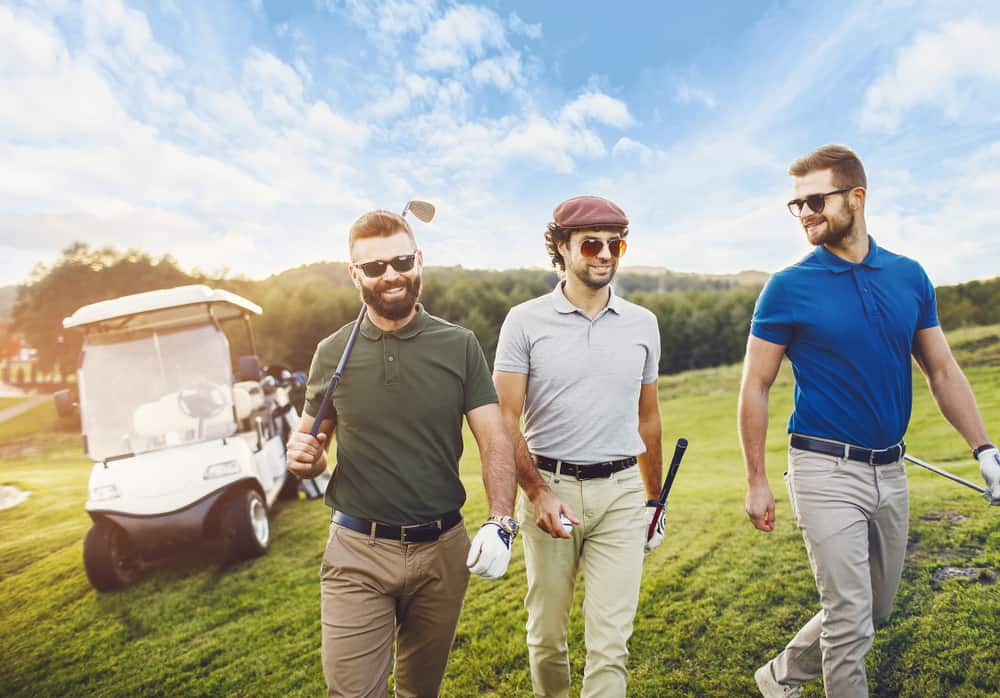 What Is A Shotgun Start In Golf? (Explained) 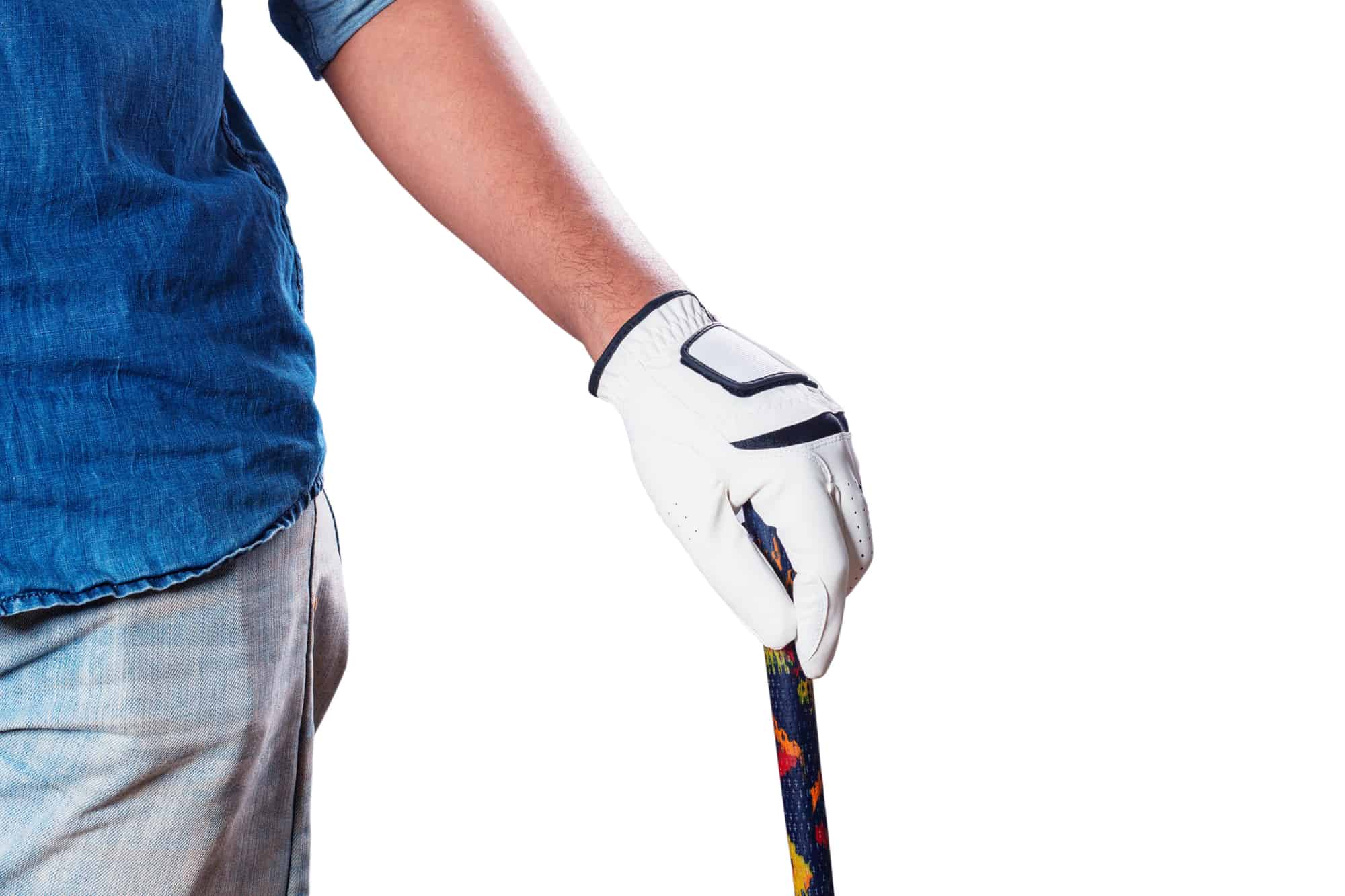